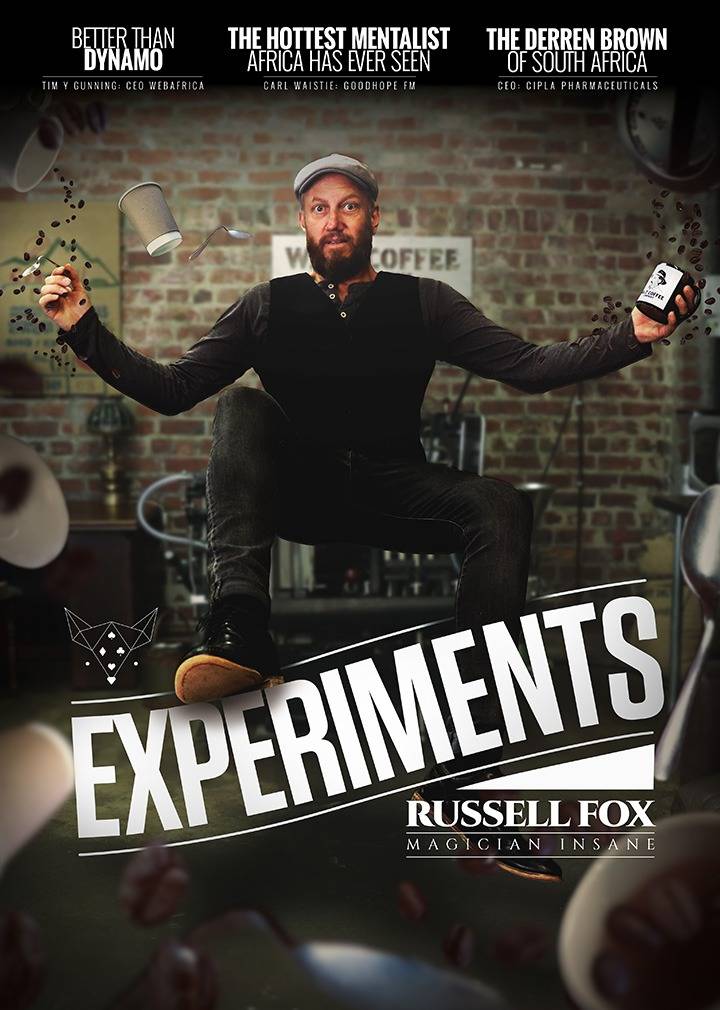 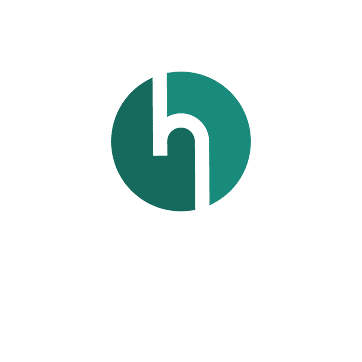 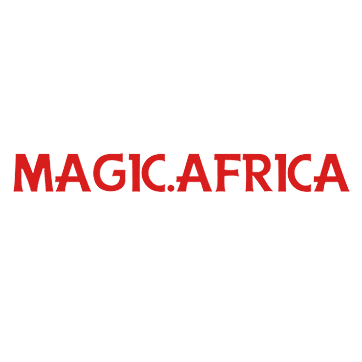 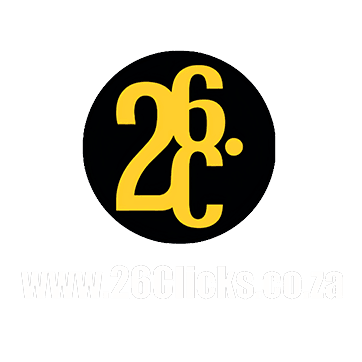 The dinner theatre experience that will not only leave you in awe, but send you home confused and inspired all in one little bundle.  To understand this, you'll just simply have to watch the show, and of course, eat the food and drink some coffee!

But make sure you do this before the show starts, so you don't find yourself eating and gasping in sheer shock and confusion from utter disbelief of Russell's insane psychological, persuasive and influential abilities. We wouldn't want you to choke and pass out.

Passing out means you'll miss it, and it's all so damn amazing you won't want to miss a second of the entire show.

Russell Fox: Magician Insane, Africa's only Insane and Inspiring Mentalist, Perceptionist and Psychological Illusionist brings you the first mind-blowing show directed, produced and inspired over, under, in and around coffee, with way too much caffeine.

It just made sense that the show should be performed in coffee shops, and so the story begins.

With the cost of sending his daughter to school, crossfit, gymnastics, clothing her, feeding her ongoing bottomless pit, pocket money, iPads, music lessons, treats, daddy dates, camping trips, driving her to and from anything and everything, plus the exorbitant prices of birthday presents, Christmas presents that Santa didn't pay a damn cent for, the tooth fairy, Easter bunny and every other fairy tale that came to life, Russell could not afford to take his wife to the theatre. With that in mind, he realised that if he couldn't take his wife to the theatre, perhaps there were other broke-ass poor parents, wanting to take their wives out, but could not afford it either.

Being the Mentalist that he is, Russell decided to bring the theatre to them, and with dinner included, at a price they could all afford. That's crazy, right?! Plus, there's free parking! Now you can afford to hire a baby sitter too...

Get your tickets before they sell out. Seating is limited!

Welcome to my world!

Woodstock the next stop on the #experimentstour is

It’s these moments of awe that still exite’s m

Hang in there.... . To all you awesome South Afric

Hmmmmm 🤔 ♠️ Catch me live on tour with Expe

A few of my favorite photos from the show at @them